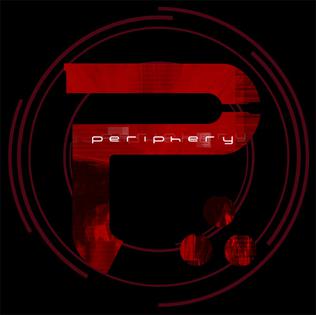 Maryland based progressive metal band Periphery recently released their second full length studio album titled “Periphery II: This Time It’s Personal” on July 3, 2012.  This album is a follow-up to their self-titled debut “Periphery” released in April, 2010.  Both albums have been released through Sumerian Records.  Periphery’s latest release shows a significant musical maturation occurring within all members of the group.

Lead singer Spencer Sotelo’s vocals have improved drastically over the past two years, giving a much more dynamic and defined vocal range present throughout the entire album.  The production work is spot on within the album as it is done in house by original guitarist Misha “Bulb” Mansoor, who is a true perfectionist when it comes to the band’s work.  Overall the album signifies influences from a wide variety of genres with techno and pop inspired instrumentals and vocals at times.  Periphery still stays true their progressive metal styling on their latest release with plenty of lavish guitar noodling blended with mind boggling polyrhythmic drumming and digital programming to create a chaotic, yet harmonious blend of metal music.

“Periphery II: This Time It’s Personal” will definitely leave the band’s original fans thoroughly pleased as it still remains true to Periphery’s style and sound.  The album will certainly do well at bringing in a plethora of new fans for Periphery also, as it the most highly promoted and diverse release yet.  Some of the standout tracks on the album are “Muramasa“, “Ji“, and “Make Total Destroy“.  All fourteen tracks on “Periphery II: This Time It’s Personal” signify what a diverse range and style of music Periphery are capable of and are constantly striving to create when they are writing their music.  Catch Periphery on the Summer Slaughter Tour 2012 with Cannibal Corpse, Between The Buried and Me, and many more at The House of Blues Chicago on Thursday, August 16, 2012.