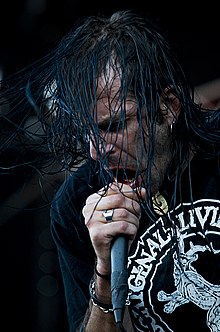 Greetings. This is D. Randall Blythe, checking in from my beloved hometown of Richmond, VA, United States of America. I was recently released on bail from Pankrác Prison in Prague, Czech Republic, after over a month of incarceration. Now that I am out for the moment, I would like to say a few things.