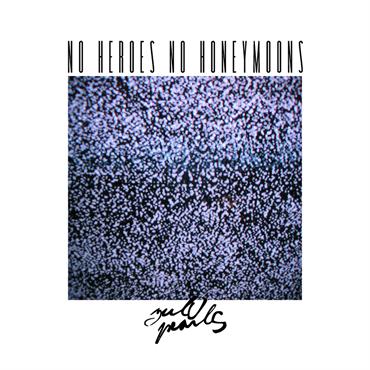 “A melody that is sure to make you bob your head, and lyrics that will leave you questioning everything you do.” – Filter

“A base of frills-less garage rock is embellished by punk-meets-southern-rock vocals, some arena rock-quality guitar licks, and the hum and echo of random electronics.” – Consequence of Sound

“Reserve your seat on the Zulu Pearls bandwagon now, and you can be that among the first to decry them when they blow up.” – My Old Kentucky Blog

Sometimes, you have to dig.

Beneath the surface of any throwaway pop culture landscape there are bound to be some hidden gems. Zulu Pearls are a gem of a band.

DIY but not Lo-Fi, nostalgic but not retro, Zulu Pearls’ debut LP NO HEROES NO HONEYMOONS captures the cynical romanticism of navigating the dawn of the 21st Century.  Propelled by melancholic pop melodies and genre spanning arrangements, NHNH is the sound of a group humbly cueing up in line behind the classics.

Most tracking of NHNH took place in the back hallway of D.C.’s venerable Inner Ear Studios unbeknownst to anyone outside of primary songwriter Zach Van Hoozer and producer Nick Anderson. With a mutual appreciation for seventies records and a distaste for modern guitar rock, the two pieced the record together between the tedium of bar shifts and day jobs. The result is a refreshing mix of earnest production and direct songwriting that wastes no time finding its’ way into the heart of your record collection.

Opting to up the hedonism, Van Hoozer swapped capital cities for Berlin in 2009, where Zulu Pearls have since carved out their own niche in a city dominated by electronic/DJ culture.  Live, the group consists of a rotating clique of international vagabonds ranging from Kiwis to Dutchmen who alongside Van Hoozer have seen Zulu Pearls share stages from Copenhagen to Amsterdam with the likes of The Twilight Singers, Destroyer, Cults, Tennis, The Big Pink and The Men. Sometimes, you have to dig. So dig that.