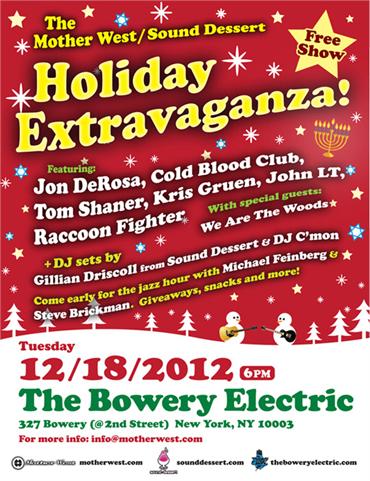 Jon DeRosa has released a cover of Stax classic  ‘Sunday Jealous’ originally by Nick Charles. The song is a B Side to his single ‘Birds of Brooklyn‘. De Rosa released his debut album A Wolf in Preachers Clothing in November on Rocket Girl Records.

For those of you in New York – DeRosa is headlining the Mother West’s Holiday Extravaganza. The free show is at The Bowery Electric on the 12/18 and features some of the latest and greatest artists from the Mother West’s roster  He will also be doing a reading at at Public Assembly on the 12/11 for the The Greatest 3 Minute Metal Stories Ever. No doubt Danzig will feature heavily in DeRosa’s tale.

If you’re interested in including A Wolf In Preacher’s Clothing in your end of year lists, please get in touch for an album download!