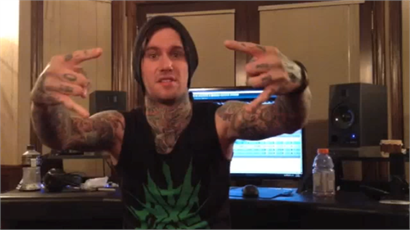 (NEW YORK, NY) – GLAMOUR OF THE KILL has issued a studio update surrounding their new record due out next year. Click HERE or the image above to view! GLAMOUR OF THE KILL is currently tucked away in Rochester, Michigan with producer Joey Sturgis (Asking Alexandria, Attack Attack) working on their follow up to “The Summing” which came out last year.

“The Summoning” release in the US was followed by a successful run on the INKED MUSIC TOUR featuring ALESANA. With such momentum, the band is set to release some of their most ferocious material to date. Such accolades include:

“Glamour Of The Kill are one of the UK’s brightest young hopes.” – Kerrang!

“The UK has a new crossover phenomenon in the making.” – Metal Hammer

“Glamour Of The Kill have been thrown in at the deep end and seem to be loving the water!” – Big Cheese

GLAMOUR OF THE KILL now have their sights set on the world beyond their native England, with the strength of their homeland fanbase securely supporting them. British invasions from the Beatles to Oasis to Maiden have come in waves and GOTK are ready to seize their opportunity.

“We started a band because this is what we love to do,” adds frontman Richmond.  “You get to do what you love and have thousands of other people enjoy it with you. I couldn’t ask for anything more. As long as we love what we are doing, we are going to take it as far as we can.” 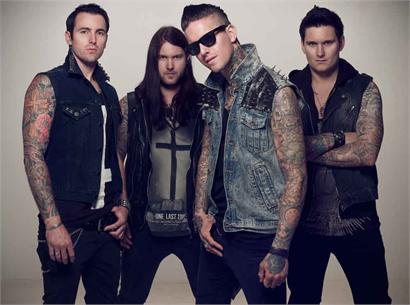