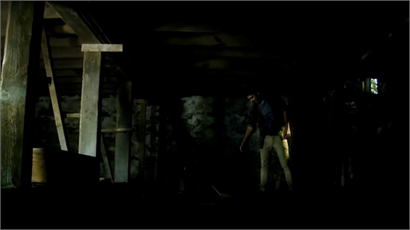 
(NEW YORK, NY) – THIS OR THE APOCALYPSE has debuted a second music video for the track, “Hate The Ones You Love” from their latest record, “Dead Years.” Click HERE or the image above to watch!

Directed by veteran director David Brodsky, the video is about a group of young post-society survivors unable to cope with the task of killing a stranger who wanders into their territory. All of their coping mechanisms start to unravel. Front man Rick Armellino comments:

“Hate the Ones You Love was the first complete track that we knew would end up on Dead Years and it helped frame the rest of the album. The lyrics themselves are about how often I find myself mistrusting or even disliking people who remind me of myself, and what it’s like to try and remain trusted to those you love when you can’t accept who you are.

Writing a script around the lyrical themes and acting for the first time seemed risky but the final product really matches what we are trying to do.

Brodsky is an artist, I can’t describe how cool it was working with him. Hope you guys dig it!” 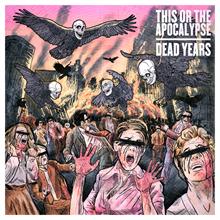 The band released “Dead Years” late last year to much criticial acclaim.  Produced by Kevin Lankford and engineered by Andreas Magnusson, this is by far some of the band’s most aggressive material to date.

“While delivering the kind of unpredictable polyrhythms that define their virtuosic metalcore, the guys also reveal some pretty solid ‘songs.'”  Revolver Magazine

“Dead Years is not only another step forward, it’s the kind of record that will define This or the Apocalypse for years to come. It’s that good.” Outburn Magazine

“Arguably one of the most underrated bands in the metalcore genre.” – Hails and Horns Magazine

“If you enjoyed the mind-blowing instrumentation on Haunt What’s Left, then Dead Years needs to be your big priority to acquire.” – Metal Insider

“I love about this album that it incorporates everything the band has done on their previous efforts and simply takes it to a whole new level.” – ultimate-guitar.com 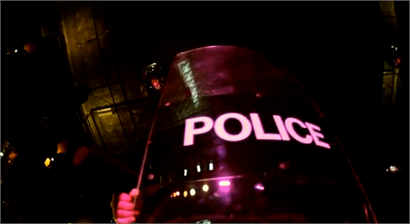