THE CHARIOT RELEASE LIVE MUSIC VIDEO
On Tour this spring with As I Lay Dying
“One Wing” Out Now!

(NEW YORK, NY) – Live show experts THE CHARIOT have released a music video made entirely by friend Zach Andrews. The piece was filmed late last year at The Chain Reaction in Southern California during a performance of their track “Forget.” Click HERE or the image above to view.

THE CHARIOT will continue touring the planet in support of their most recent release. After finishing up a successful run with EVERY TIME I DIE, the band will head out with AS I LAY DYING in March and then spend most of their summer on the VANS WARPED TOUR. For more tour date info, go here. 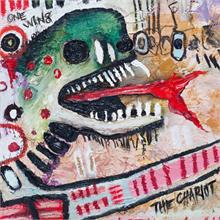 The band released “One Wing,” over the summer to much critical acclaim. Debuting at #85 on the Billboard Top 200 chart, “One Wing” is now the band’s highest charting release to date.

“One Wing is the culmination of everything I understand The Chariot to be, & no one else could have made this record.” – thenewreview.net

“I think what I’ve been hinting at through this review is that this appears to be the album that The Chariot have been tirelessly striving to record ever since day one, and that’s what makes this among the more memorable releases of 2012.” – underthegunreview.net

“This (“One Wing”) is The Chariot tearing off the head of what passes as metalcore these days and putting it on a bloody pike. Long live The Chariot.” – Absolutepunk.net

“’One Wing’ is an example of experimentation gone right.” – 8/10 metalinjection.net

“I truly believe that this will be one of my top metalcore albums of all time.” – ultimate-guitar.com

“For the first time on album, the downright scary energy they exude onstage has been properly harnessed.” – Alternative Press

“The Chariot take real delight in bombarding the listener with as much complexity and violence as possible.” –  About.com

“One Wing, a monumentally moving album in every sense of the word.” – 9/10 Mindequalsblown.net