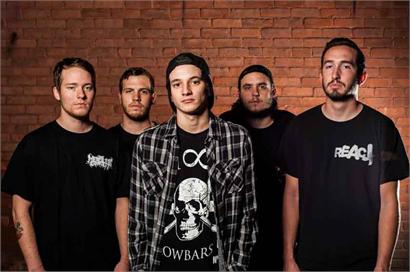 Ohio metal act LEGION has announced their debut album entitled “Woke,” due out July 30th. The band has wrapped up the recording process with prodcuer Daniel Laskiewicz of THE ACACIA STRAIN and has vowed to release their most ferocious material to date. Vocalist Mike Guilford comments:

“I speak for the entire band when I say we’re very excited. We have put a lot of honesty and aggression into ‘Woke’. Hopefully this record opens everyone’s eyes the way it has opened ours.”
&nbsp
The band is currently wrapping up tour dates with BERMUDA and will finish with a highlighted performance at Santos Party House in New York City.

Legion’s forthcoming debut album for eOne Music delivers upon the promise put down by their devastating EPs. No stone is left unturned when it comes to Legion’s targets, from the government to the church. Legion speaks their minds, musically and lyrically, without compromise.