LEGION have announced new tour dates supporting FIT FOR AN AUTOPSY surrounding the release of their new LP, which drops July 30th. Kicking off in Toledo in late July, the tour will hit the eastern seaboard before finally coming to a halt in Pittsburgh three weeks later. Opening duties will come from BEYOND THE SHORE for the final nine dates. 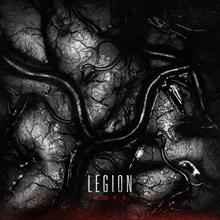 LEGION will release their debut effort, “Woke” on Tuesday, July 30th, 2013 via eOne Music. The record delivers upon the promise put down by their devastating EPs. No stone is left unturned when it comes to Legion’s targets, from the government to the church. Legion speaks their minds, musically and lyrically, without compromise.