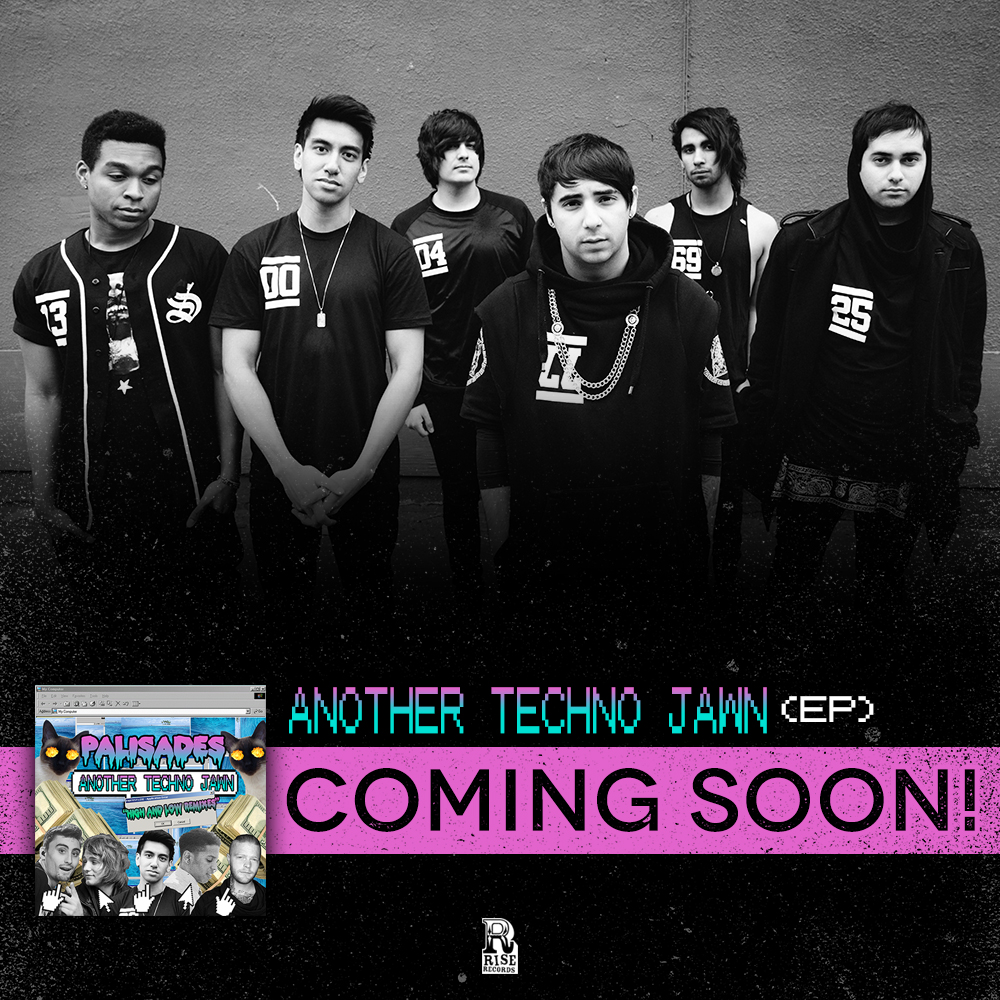 Palisades have been hard at work on their follow up to last year’s debut full-length “Outcasts” – which will be available late 2014. In the meantime, you can enjoy 5 remixes of the fan favorite track “High and Low.” The EP features re-imagined versions of the song by DJ Scout of Issues, Dream Beach a.k.a. Andrew Oliver of I See Stars, Secoya a.k.a. Kyle Pavone of We Came as Romans, DIMIR a.k.a. Lee Mckinny of Born of Osiris, as well as Earl Halasan from Palisades appearing as MindlessMindless.

“High and Low” has been well received as a unique crossover track, mixing screamo, pop, and EDM, landing video play in Journey’s stories across the country and on MTV. The EP “Another Techno Jawn” further explores this crossover with other EDM DJs familiar to the screamo scene.

“On our tour with Crown the Empire and The Word Alive late last year we really saw how ‘High and Low’ became a fan favorite. Ever since we released Outcasts we’ve toyed with the idea of making a remix for it since it is a dance song. When we toured with Dance Gavin Dance last spring, we finally decided that we should make an actual remix EP,” says guitarist Matthew Marshall.

“When coming up with ideas for the EP with our team we decided that we wanted our friends and other producers to be a part of it. The first producer that came to mind was Scout. His producing on Issues self-titled album is straight fire and we knew he would put a whole new twist on ‘High and Low’. That is exactly what he did and we couldn’t be more stoked on it!”

The first track off the EP High and Low (Scout Remix) is streaming now on Rise Records YouTube Channel.

The entire EP will be available digitally on July 29th.

Palisades will be touring on The All Stars Tour with I See Stars, The Acacia Strain, Like Moths to Flames, Slaves, and more.

The tour kicks off in Houston tomorrow, you can find more info and ticket information at http://theallstarstour.com