Aaron Gillespie
Premieres New Single & Video
“You Don’t Love Me Anymore”
On FUSE
Watch HERE
New Album
Out of the Badlands Due Out August 19th on Tooth & Nail
Set to Feature Original Songs, Reworked Underoath and The Almost Songs + Covers
August 9th, 2016 – Salt Lake City, UT – Aaron Gillespie has released his brand new single and music video “You Don’t Love Me Anymore”, which is premiering exclusively on FUSE. Listen to this wistful yet cathartic song, here. “You Don’t Love Me Anymore” is the second single to be released from Gillespie’s forthcoming solo acoustic album, entitled Out of the Badlands, which is due out August 19th via Tooth & Nail. On the new video, Gillespie shares, “The video for “You Don’t Love Me Anymore” is beautiful, number one, but I think it also really speaks to the nature of the song. It’s sparse, afraid and alone”
Recorded and produced by Gillespie in his own recording studio, Soundcave, in Salt Lake City, Out of the Badlands is comprised of reworked songs from Underoath and The Almost, two cover songs, for pre-order now, here: http://aarongillespie.com
Out of the Badlands is a mix of old and new. Writing this album was a therapeutic release for Gillespie who recently went through a divorce earlier this year. He says, “This is the healing process, this record, and the making of it pulled me through”. With refreshed versions of the Underoath classics like “A Boy Brushed Red Living In Black and White” and “Reinventing Your Exit”, The Almost fan-favorites including “Say This Sooner” and “Southern Weather:, covers of “Where The Streets Have No Name: by U2 and “Can’t Make You Love Me” by Bonnie Rait, as well as new original tracks, including “Raspberry Layer Cake“, which was released by Gillespie last year, the acoustic album is raw and has something for everyone.
Aaron Gillespie’s musical path began at age 14 when he co-founded the band, Underoath. After nearly two decades, and over 10 albums released with both Underoath, The Almost and as a solo artist, Gillespie is ready to begin a new era of his career with the release of Out of the Badlands.
Out of the Badlands Tracklisting: 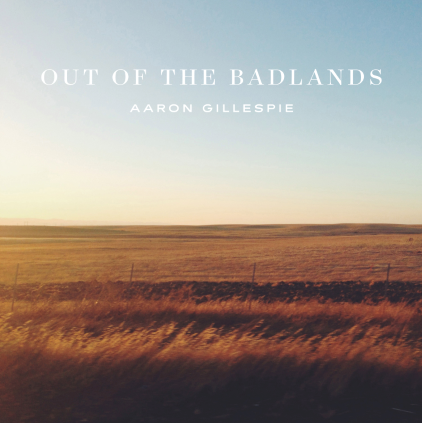