YOUTH IN REVOLT CALL FOR REVOLUTION

THIS ELECTION SEASON WITH

HOLMDEL, NJ | NOVEMBER 4, 2016: New Jersey’s Youth in Revolt have fans wildly excited for a return with new music and a new lineup as they gear up for the release of their debut album, The Broken, out January 20, 2017 with Outerloop Records. Today, the band is thrilled to partner with Alternative Press to call on fans to join them in a powerful movement to come together and incite change ahead of this chaotic election season with their music video for the album’s title track, “The Broken” which can be viewed here. “The Broken” is a song that not only highlights the album’s overall theme of solidarity, positivity, and revolutionary spirit, but also sends a message that the band feels it is important for all to hear before we vote on Tuesday. Newly added vocalist and frontman Tanner Allen explains:
“‘The Broken’ is the title track for our debut record. We chose to name the record The Broken because the track is a great summary of what we were striving for, both thematically and musically, on the album. The song, in particular, is about finding your way in a world that you don’t understand or fit into, and finding strength, despite what the general population may tell you! It’s a call to arms in a way, our way of saying to come together and find strength in numbers to make it through this rollercoaster of a world that we live in. This is especially important now as our country goes through this absolutely perplexing election campaign that we’re in the midst of. It’s paramount that we think for ourselves right now as the divided population is shoving their own opinions down our throats. Musically, this song is a chaotic and powerful rock song. We want people to hear this song and feel like they are a part of a movement with us!” –  Tanner Allen
Youth in Revolt is a five-piece rock band hailing from Holmdel, New Jersey with musical similarities to bands such as  Sleeping With Sirens and Of Mice and Men. With sinister riffs, heavy breakdowns, and an array of catchy choruses, Youth In Revolt’s sound is nothing to be considered forgettable. After adding former Brightwell members Tanner Allen (vocals) and Arvin Sarathy (drums) to an impressive lineup with original members Kenny Torres (Vocals, Bass), Alex Ramos (Guitar), and Chris Coletti (Guitar), Youth in Revolt are in their biggest year yet. The band released the first piece of music with the new lineup, a cover of Ellie Goulding’s “Something in the Way You Move“on September 21st, to great acclaim. The band most notably broke into the scene touring alongside acts such as Capture the Crown, Ice Nine Kills, Palisades, and more. Following the debut of their cover of Lorde’s popular track, “Royals,” featured on Pop Goes Punk Vol. 6 and touring the Vans Warped Tour supporting their EP Love is a Liar’s Game in 2015, Youth in Revolt have gained a dedicated following that has highly anticipated the band’s next move.
Head to Alternative Press today to watch the official music video for “The Broken,” and join Youth in Revolt’s movement to create strength in numbers! The band’s debut album, The Broken, will be available on January 20th, 2017 via Outerloop Records. Physical pre-orders and merch packages can be purchased here. Digital Pre-orders with “The Broken” available for instant download will be live on Friday, November 11, 2017. Visit Outerloop.Group for more information. 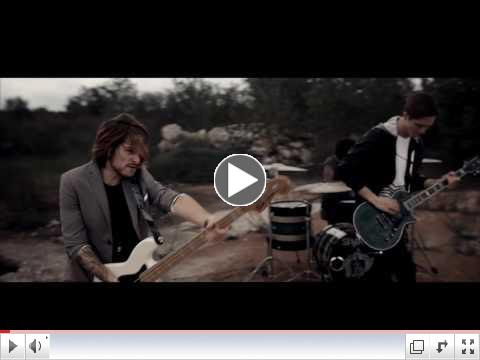