FRANK IERO
AND THE FUTURE VIOLENTS

New Album BARRIERS
To Be Released on May 31st

In addition to their upcoming album BARRIERS (out May 31, 2019), FRANK IERO AND THE FUTURE VIOLENTS have just announced a run of 13 West Coast dates, with supporting act Geoffrey Rickly (of Thursday)! Coming right off their appearance at the California Warped Tour, the West Coast leg of their headlining tour begins July 23rd at Wonder Ballroom in Portland, OR and takes them to Seattle (7.24), Salt Lake City (7.27), Denver (7.29), Austin (8.2), San Diego (8.7), Los Angeles (8.10), and more!

The band has also announced that Reggie and the Full Effect will be supporting their East Coast dates beginning on May 29th in Philadelpia. Full list of dates below.

Frank Iero’s third album, Barriers, is a rumination of sorts on life and living and the obstacles (a.k.a. “barriers”) that get in the way. Recorded and mixed by Steve Albini, Barriers is 14 songs that not only tackle the existential journey of his heart and mind, but help him redirect his musical path.

Barriers has already seen tons of love from the press, including Alt Press who described their latest single “Young and Doomed” as “Electrifying“, Loudwire who called it “Raucous“, and Kerrang who labeled the song’s video, “Brilliantly trippy“.

Watch the video for the first single off Barriers, “Young and Doomed” 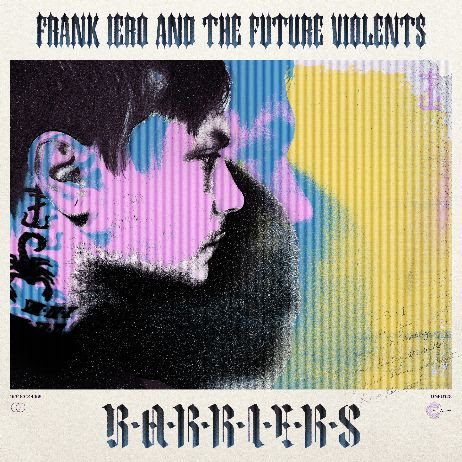 From the opening track “A New Day’s Coming” which sounds almost like a gospel-inspired, stirring hymnal (he explains, “I originally based it on old soul songs that I really loved, asking myself how, say, Otis Redding or different Stax recording artists would do a song like this”) to “Six Feet Down Under” – a bluesy stomp through the underworld of existence, to the epic and soaring (and sorrowful) “24k Lush,” Barriers confronts listeners with 14 tracks that explore Iero’s tumultuous internal battles from which he emerges at his most confident musically.

“Barriers is a record that I still can’t believe I made and I’m so incredibly proud of it,” Iero reflects. “I can’t wait for other people to be shocked and appalled and inspired by it. Hopefully it scares the shit out of them.”

Frank Iero and the Future Violents is Frank Iero, Evan Nestor, Matt Armstrong, Tucker Rule and Kayleigh Goldsworthy. Barriers was recorded and mixed by Steve Albini and will be released via UNFD on May 31, 2019. 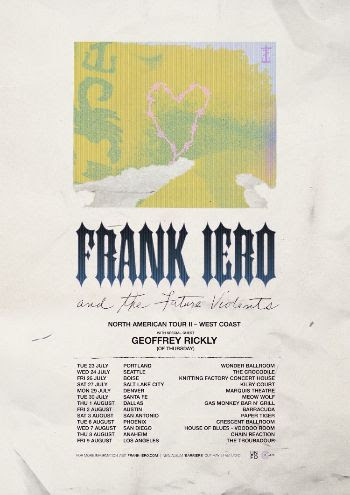